Most drugs, if they are going to affect you adversely, you can tell it within a day: you swallow the pill and 30 minutes later, you throw up or have diarrhea or have a rash and then you know not to take it again. Statins are insidious because their side effects begin very gradually over a period of months to years.

I became mentally ill after taking Lipitor@Pfizer as prescribed in January 2006.   My prescription was changed in 2014 after it went off-patent and I was prescribed a different type of statin. The type of statin you take makes a difference and by 2016, I was no longer a cabbage, but I wasn’t exactly firing on all cylinders. Nethertheless I began to realize that the people that I had trusted and relied on…

I was medical waste

Lipitor@Pfizer – Atorvastatin is 1% better than nothing! The claim of a 36% reduction in the risk of a heart attack is Medical Quackery. A lie. Statins are Snake Oil, modern bloodletting by people who had to be forced to wash their hands in 1847 by the savior of mothers:

So they Killed Him!
These people are all crazy

The most liberal interpretation I can come up with is that the Pfizer pharmaceutical corporation misinformed generations of physicians as to the benefits of this remedy, while at the same time discrediting any voice speaking about the risks, in order to enjoy net profit margins that exceeded 40% for over 14 years.

But this interpretation fails every test of moral theology with regards to physician ignorance in the prescription of medications. Simply put: that’s their job. Catholics consider ignorance like the Inuit consider snow; we have many words for somethings and no words for others.

Ignorance is distinguished from nescience.

As long as I continued to take Lipitor@Pfizer my ignorance was invincible.
I simply couldn’t think.

Vincible and invincible ignorance can only be applied to matters that a person has a duty to know about. For example, if a doctor did not know the name of a certain artery in the body, he would be ignorant of that information, but the rest of the population who has no duty to know that information would be nescient of it.

It would be generous to conclude that the healthcare providers that I relied on for over a decade simply failed to apply reasonable diligence and that their ignorance is therefore crass or supine; however, when those same healthcare providers fail to discern or acknowledge the reason for a condition, deny basic facts and refuse to provide critical services in response to efforts to dispel ignorance then one must conclude that their ignorance IS affected and studied, and that’s a problem.

Statin Toxicity: A Failure to Warn

There are four elements to tort law: duty, breach of duty, causation, and injury. In order to claim damages, there must be a breach in the duty of the defendant towards the plaintiff, which results in an injury.

A failure to warn may give rise to liability in tort (negligence). At common law, a manufacturer has a duty to warn consumers of dangers inherent in the use of its product of which it has knowledge or ought to have knowledge.

The duty to warn is a continuing duty. Manufacturers, distributors, and sellers may be held liable when they fail to give appropriate warnings, and a consumer suffers an injury.

All I had to do, was to stop the medication that I was prescribed for six weeks to begin to recover!

At no risk to my health!

When a physician refuses to make an appointment after a decade of statin treatment after a patient discovers the probable cause, that’s an intentional tort.

There were warnings by Health Canada; the FDA; patents for statin-induced myopathy, research warnings, and articles in professional publications.

Statin Intolerance : A Failure to Warn

Every month since 1970, my wife and I have contributed to healthcare through income taxes, property taxes, business taxes, and payments to the Medical Services Plan of British Columbia,

Part of these contributions fund the $4.5 Billion liability fund maintained by the College of Physicians and Surgeons. 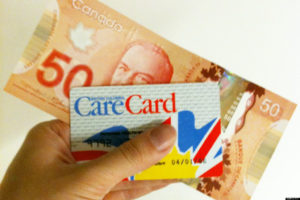 We need to come up with better solutions and while I do not have the answers, I have stood upon the mountain of my experiences and at one point, during a manic episode, I came up with Plan B and as crazy as Plan B may sound:

Who are you going to call?
GhostBusters?

Icarus Flyby and the Rock from Mars

You can tuna piano but you can’t tuna daFish